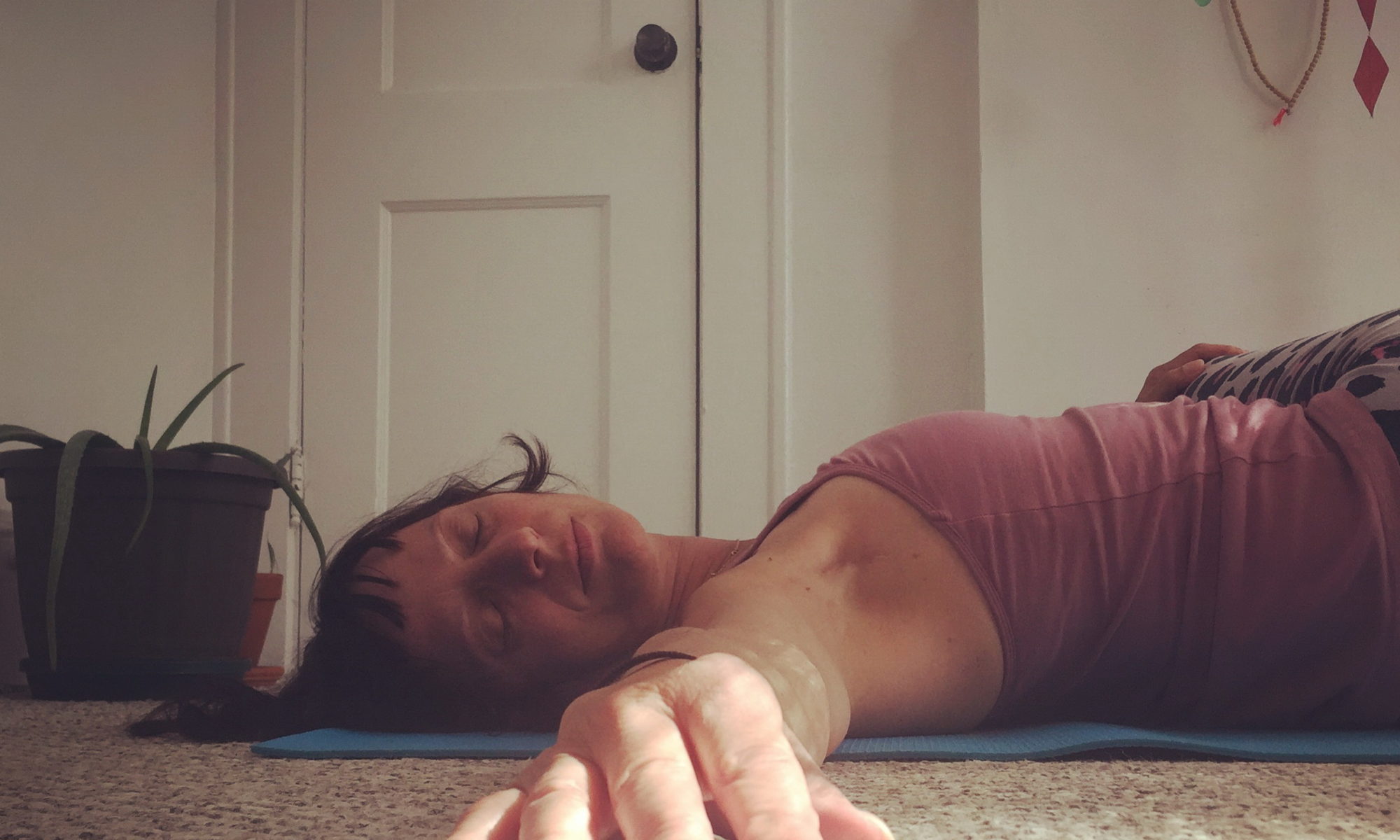 Feeling “good enough” is vital. At least for me. Why? Because over doing or always putting the needs of others before my own has come with a high price.

Piedmont Hospital’s Chapman Cancer Wellness Center provides free wellness and personal development programs for cancer patients and survivors. Last week, the center offered a workshop that spoke to me, “Good Enough: Letting Go of Perfectionism and People-Pleasing”, so I went. It made me reflect on my own—sometimes painful—journey towards feeling “good enough”.

Twelve years ago, I moved from Paris to Atlanta. I was coming out of breast cancer, and I believed that my (new) marriage and a complete change of scenery would make me happier and prevent me from getting sick again.

The ordeal forced me to face something that became clear—I had spent most of my life pleasing others and helping them fulfill their dreams. I was convinced I had to do a lot to be loved, and I was constantly looking for the love and approval of others.

It was time to change, and to start seeing and acknowledging who I was.

Two years later, I did a big step towards feeling “good enough”. I let go of a 25+ year corporate career that was draining me, and I allowed myself to do something I loved—teach yoga therapy.

The workshop at the cancer wellness center, last week, was a new opportunity to check in with myself. What are the areas in my life where I may not feel good enough? How come this is happening? Feeling good enough is my life’s project.

What about you? Do you tend to overdo yourself and please others? If yes, what has motivated you to do that in your life? And what is the cost you are paying to overdo and please others? These are important questions as they may lead you to better physical and emotional well being. 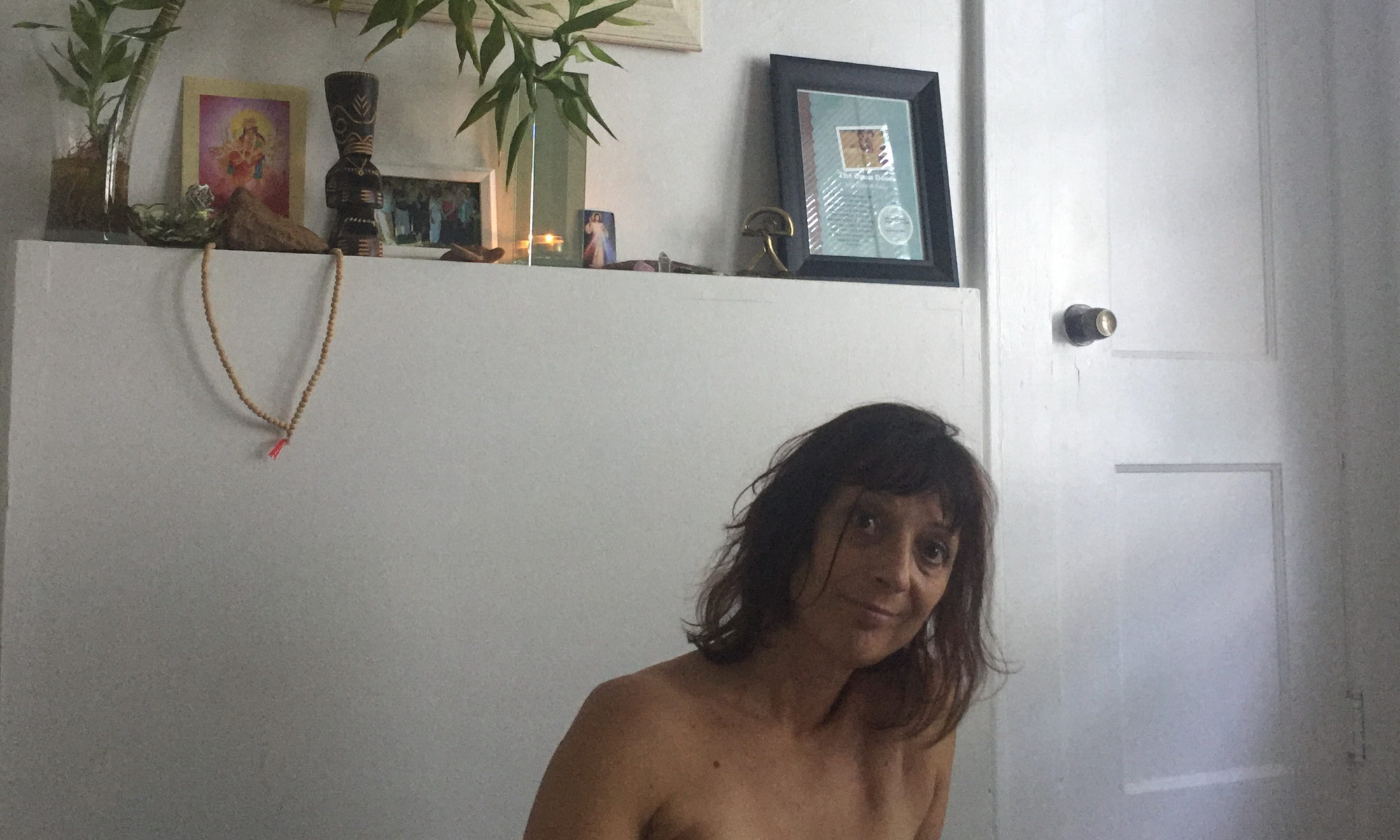 Intuition is a powerful tool, especially when recovering. Listening to my intuition helped me conserve my breast and, ultimately, overcome cancer.

Intuition came into my life when I was diagnosed with my first breast cancer and started practicing yoga therapy, all at the same time, 14 years ago.

That first time I was diagnosed with cancer, my surgeon carried out a breast-conserving surgery. That means he removed part of the breast tissue as opposed to all of the breast (mastectomy).

Yoga therapy helped me navigate the medical treatment and become more in touch with my intuition. It brought down the level of chronic stress, and allowed me to move into more physical and emotional peace, giving me access to clarity about how to move forward in situations of daily life.

Fast forward ten years. I was confronted with a second bout of cancer in the same breast. Here I was in my new surgeon’s office. Without hesitation, he said he could perform a breast-conserving surgery, just like my first surgeon had done a decade earlier. I breathed a sigh of relief. For years, I had struggled with insecurity and not feeling feminine enough and had embarked on an emotional healing journey. So, conserving my breast, no matter how messed up it would look, meant the world to me.

I had a few weeks to get prepared for the procedure.

Two days before going to the hospital, my surgeon called me, trembling, “I forgot about the committee… I had to submit your case to a committee, and they just let me know their decision. They want a mastectomy”.

I found out that French healthcare had recently introduced “cancer committees”. Any doctor who diagnosed a patient with cancer had to submit their patient’s case to a committee. There were–and still are–hundreds of committees all over France. Each committe is made up of a dozen experts, including an oncologist, an MD, a social worker, a radiologist and more. Its mission is to bring experts together to to determine the patient’s needs—most of the time without meeting the person. The idea is to avoid a single doctor to misdiagnose, and, ultimately, to save lives.

In almost all cases, patients go with the committee’s decision.

My surgeon believed the breast-conserving surgery was enough, and that the mastectomy was not a must. He left the decision up to me, “I will support whatever decision you make.”

I was shaking. “I need to feel this out. I’ll give you an answer by tomorrow”.

The next 24 hours were among the most intense of my life. Every cell of my body was telling me to conserve my breast.

The next day, I called my surgeon. “Let’s stick with our first decision. I want you to take out the tumor and leave the healthy tissue alone”.

Two months after my surgery I had my first appointment with the oncologist who was going to walk me through chemo. It was the first time I ever met him. I knew only one thing about him—he was the one who headed “the committee”. When I stepped into his office, he said, “so, it’s YOU”!

When I told him I was a yoga therapist, a strange smile came onto his face. We saw each other every three weeks for eight months. Not only did he know my medical situation, he also knew I was divorcing and losing my father of lung cancer, all at the same time.

Ultimately, I recovered. And here I am four years later—healthy.

I remember what he told me right at the end of my treatment, “Keep doing what you’re doing”. And that’s what I do—I practice and teach yoga therapy, and listen to my intuition.