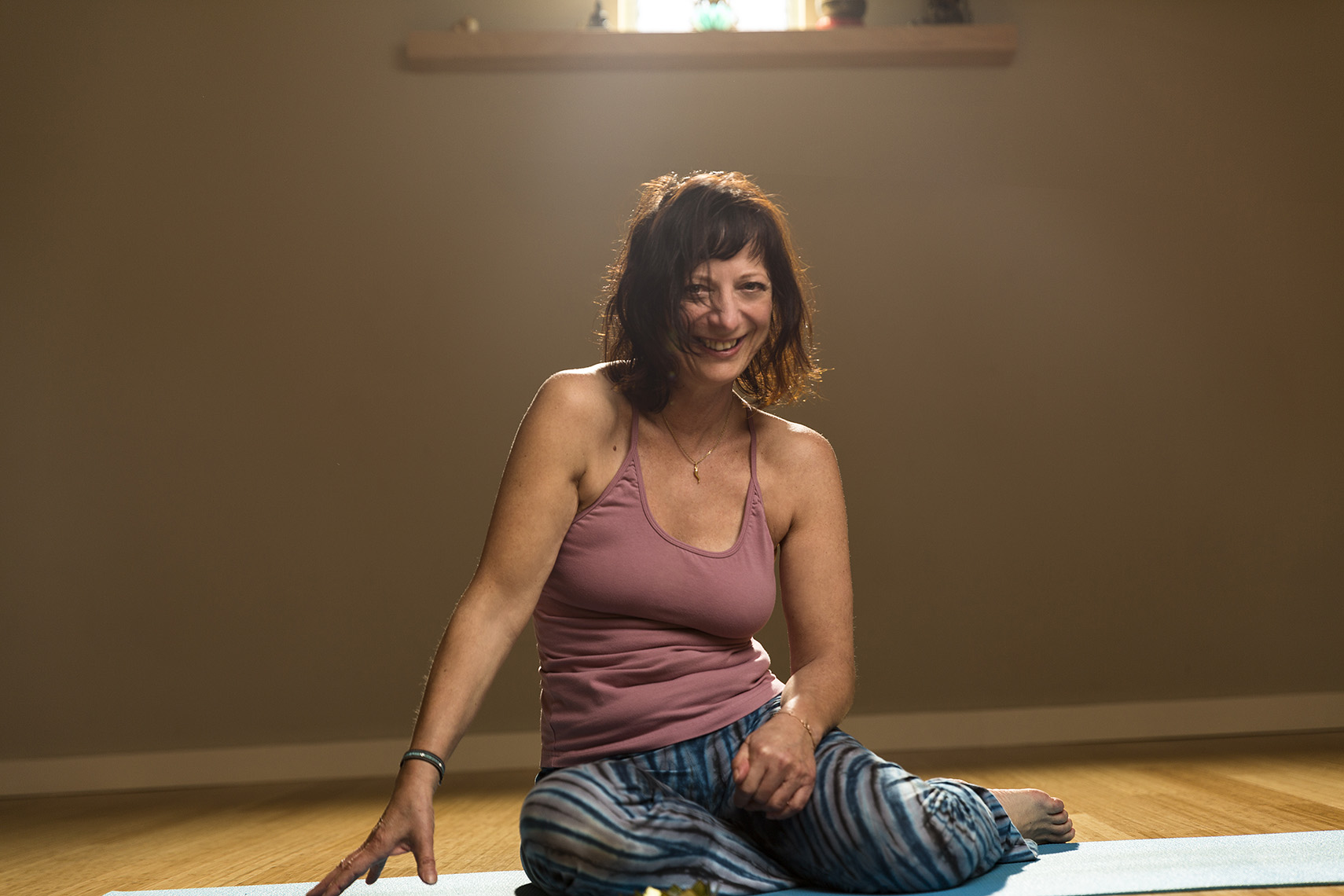 Elisabeth is a Paris native. As a child, she was a sensitive, free spirit and natural performer. She loved musicals, dancing and acting, and always comforted the kid who was rejected.

As a young adult, she took on a “traditional” career in her home city, Paris, and became a journalist for the corporate world, despite her empathetic nature and love of the arts.

At the same time, Elisabeth suffered chronic physical pain that lead her to realize she was living in a self-imposed “prison” by constantly trying to meet the expectations and desires of others. That marked the start of an ongoing personal development journey.

In 2004, burnt out from both a demanding career and an unhealthy relationship, she was diagnosed with breast cancer. It was then, shell shocked, that she discovered yoga through Aline Frati, a yoga teacher of 40 years, in Paris. Aline’s yoga helped Elisabeth heal, and reconnect with her love for movement. Soon after, Aline encouraged her to teach.

A year later, Elisabeth met her husband, an American who lived in Atlanta, Georgia. She soon made the big move across the Atlantic, in Atlanta. She continued her corporate writing work, and at the same time graduated as a yoga teacher and as a yoga therapist while also training in Gestalt therapy, a form of therapy based on self-awareness.

Elisabeth, who knew how powerful and therapeutic Aline’s yoga was, started to teach the practice in private sessions and in a small weekly group class. She also gave it a name—Yoga for Renewal.

In 2014, Elisabeth went through a “nuclear explosion”. She separated from her husband, was diagnosed with breast cancer for the second time and learned of her father’s lung cancer diagnosis, all at the same time. She realized that she had, once again, burnt out from overworking as a writer and fulfilling someone else’s dreams—this time, her husband’s. She moved back to France for a year to heal and regroup with her loved ones.

Elisabeth came out on the other side with a clearer vision of who she is and her life’s purpose, with the help of a Parisian licensed psychologist, Laurent Malterre—who now consults her work in yoga therapy. She realized she wanted to create her own yoga therapy method that she had dreamt of, for years.

Back in Atlanta, she combined the two practices that have helped her through her own healing journey–the yoga practice she learned from her teacher, and a healing circle where students become aware of and reveal their deepest longings–and have taught it in small groups and one-on-one sessions ever since.

When she’s not teaching Yoga for Renewal, Elisabeth loves to dance, listen to live music, camp and hike in the Appalachia mountains, read and travel.